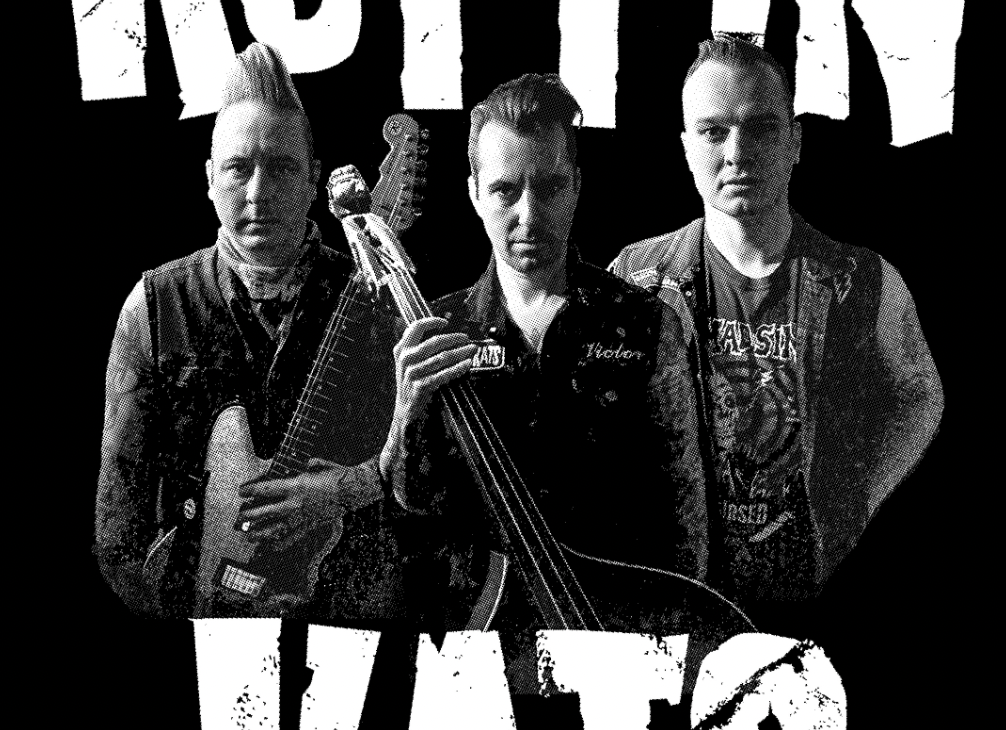 The groundwork for what has become the relentlessly-touring sonic assault known as The Koffin Kats was laid near Detroit, Michigan when Vic Victor (Lead Vocalist, Upright Bass) joined forces with long-time friend Tommy Koffin (Guitar). After adding Damian Detroit (Drums) the band kicked off in June 2003, stopping for nothing. Now, with over ten years of touring internationally and over two thousand live shows, the touring trio’s current home is out on the open road.

The Koffin Kats began by putting together songs with such subjects as dealing with the horrors of the real world, as well as Science Fiction. The band started in small local bars playing for beer, hoping for gas money, and eventually made their way out of the Midwest. The next couple of years contained positives including numerous North American tours, and negatives concerning changes at the drumming position. During this time they released their first three albums: Koffin Kats (2003), Inhumane (2005), and Straying From The Pack (2006).

The three album releases and their supporting tours gained attention for The Koffin Kats and helped get the band noticed in the wide world of punk and psychobilly. In 2007 Vic and Tommy connected with drummer Eric “E-Ball” Walls to record the band’s fourth studio album, Drunk In The Daylight (2008), and catalyzed what the band is now known for: love for their fans and the road, and playing everywhere for everyone willing to watch and listen.

In the years following the release of Drunk In The Daylight, The Koffin Kats have established their name performing in Europe, and have also been included on tours with some of the tops acts in psychobilly, including, but not limited to, Mad Sin, Nekromantix, and The Meteors. In 2009 the trio released their fifth studio album, Forever For Hire, and Tommy departed at the year’s end to pursue a normal life. Shortly thereafter, “EZ” Ian Jarrell took over the guitarist position and joined the band on tour. While on the road they worked on the material that would become featured on their split album with fellow psychobilly act 12 Step Rebels, From Our Hands To Yours (2011).

The Koffin Kats signed with Sailor’s Grave Records in late 2011, and released Our Way & The Highway in January 2012. The trio supported their sixth studio album’s release with non-stop international touring, finally ending in summer of 2013. In autumn of the same year, they released another full-length album with Sailor’s Grave Records, Born Of The Motor. Sales and reviews have proven Born Of The Motor, the band’s seventh studio album, to be their most successful release to date.

Early 2014 brought another change to The Koffin Kats’ member roster; Ian Jarrell left the band to handle personal business at home in Albuquerque, New Mexico. Not wanting to bring someone too far removed from The Koffin Kats family into the fold, Vic and Eric enlisted John Kay (Guitar). John was the engineer on numerous recordings.

The founding lineup returned in 2016.

Six years after his departure, Tommy Koffin returned to playing guitar with The Koffin Kats. With Vic Victor on lead vocals and upright bass, and E Ball Walls on drums. In 2017, the trio released their latest album titled “Party Time In The End Times.”

2019 is a year of new music and international touring. KK will be releasing a new song each month while touring throughout North America and Europe.

You can keep up with Koffin Kats on all of the social media outlets. The band likes to keep it “old school” and suggests you check out their website at www.koffinkatsrock.com for all official information on news and tours. 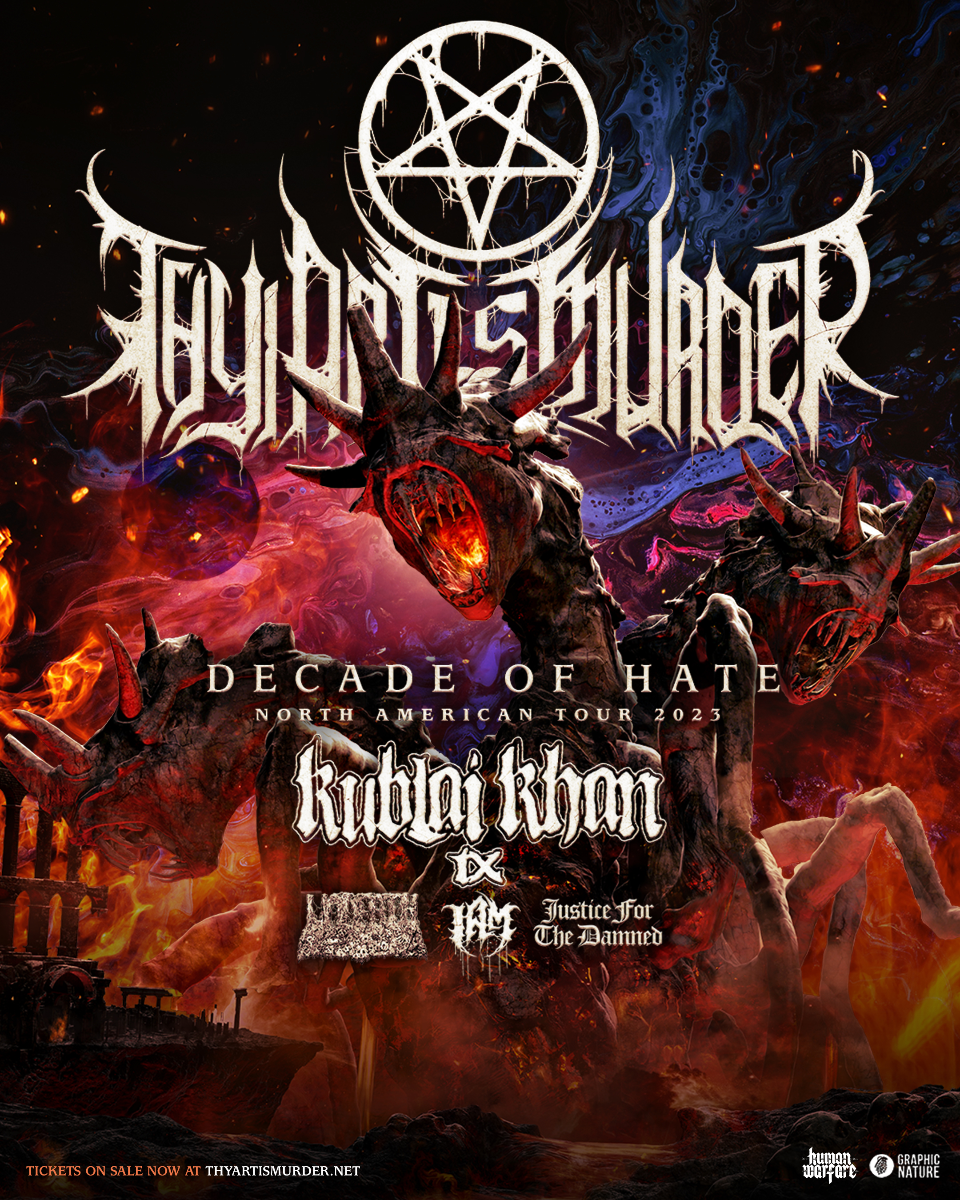 Thy Art Is Murder , Kublai Khan, Undeath, IAM, Justice For The Damned
SOLD OUT More Info 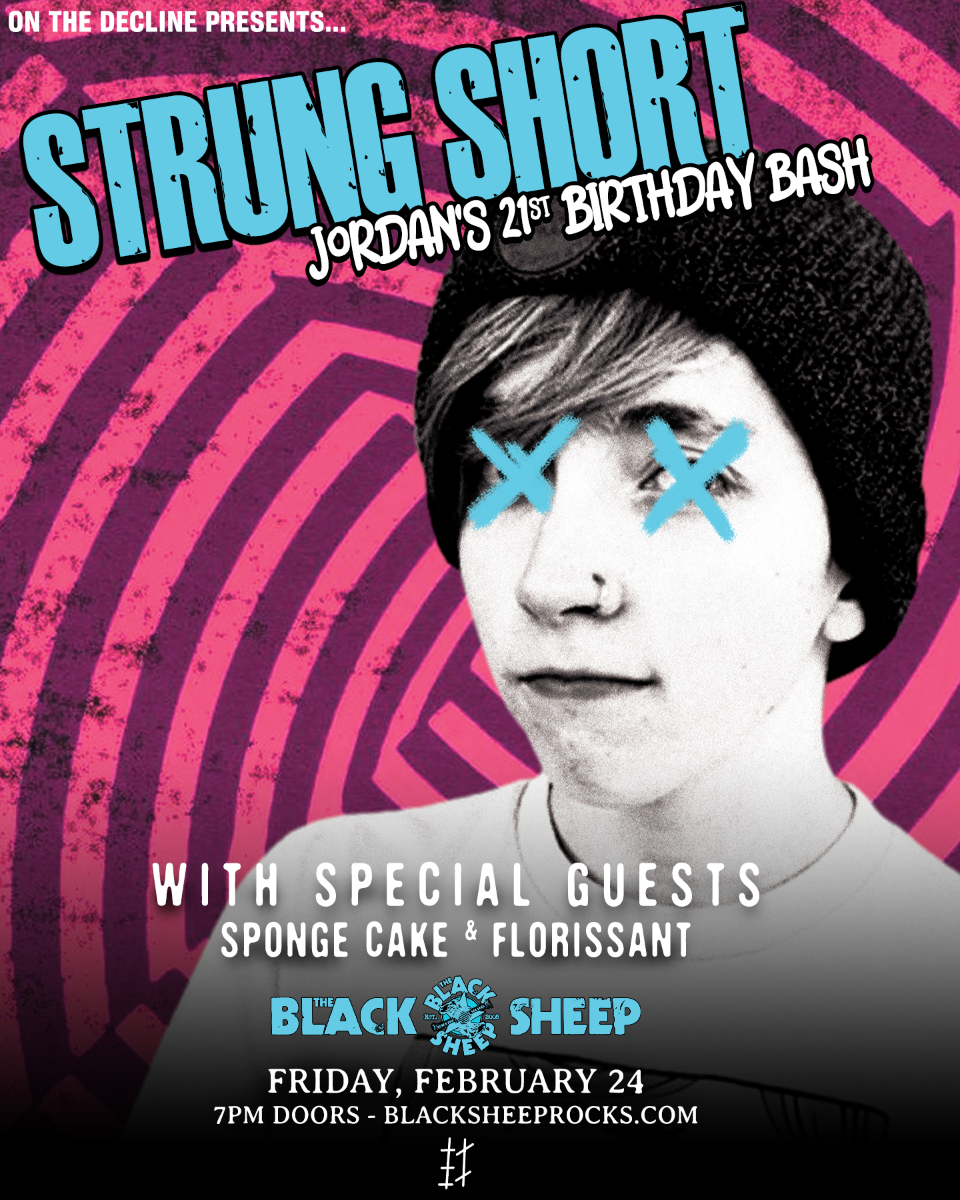 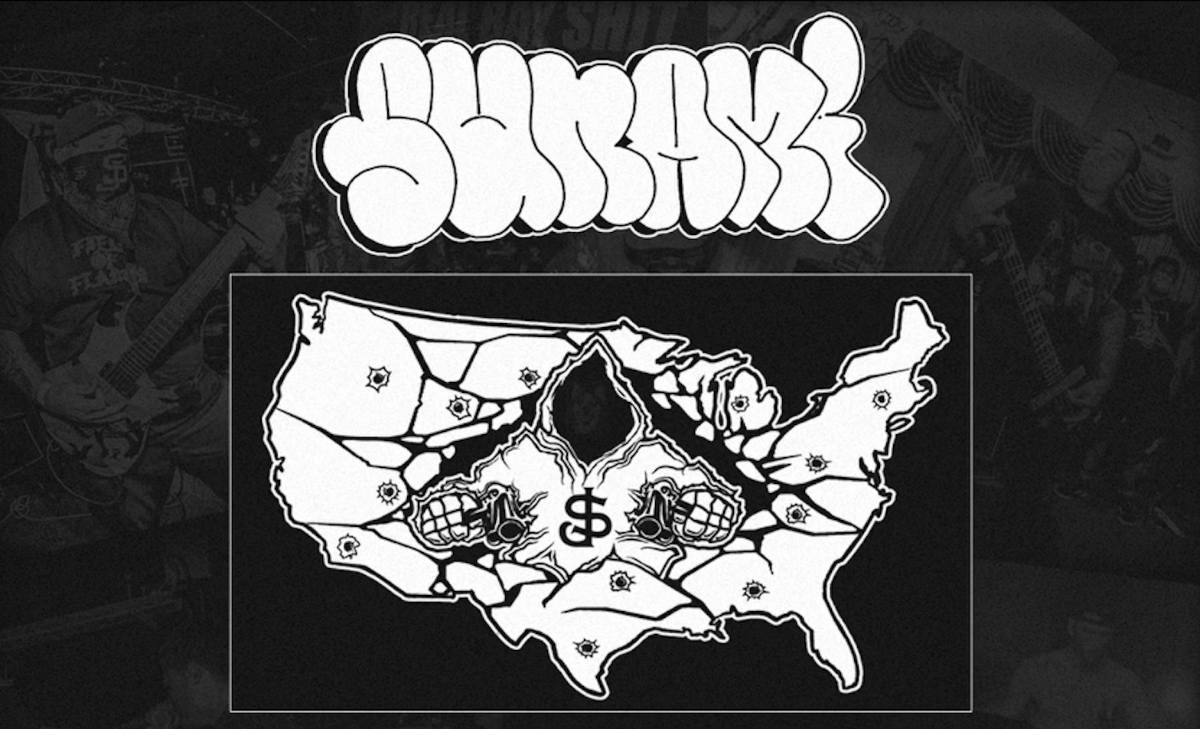