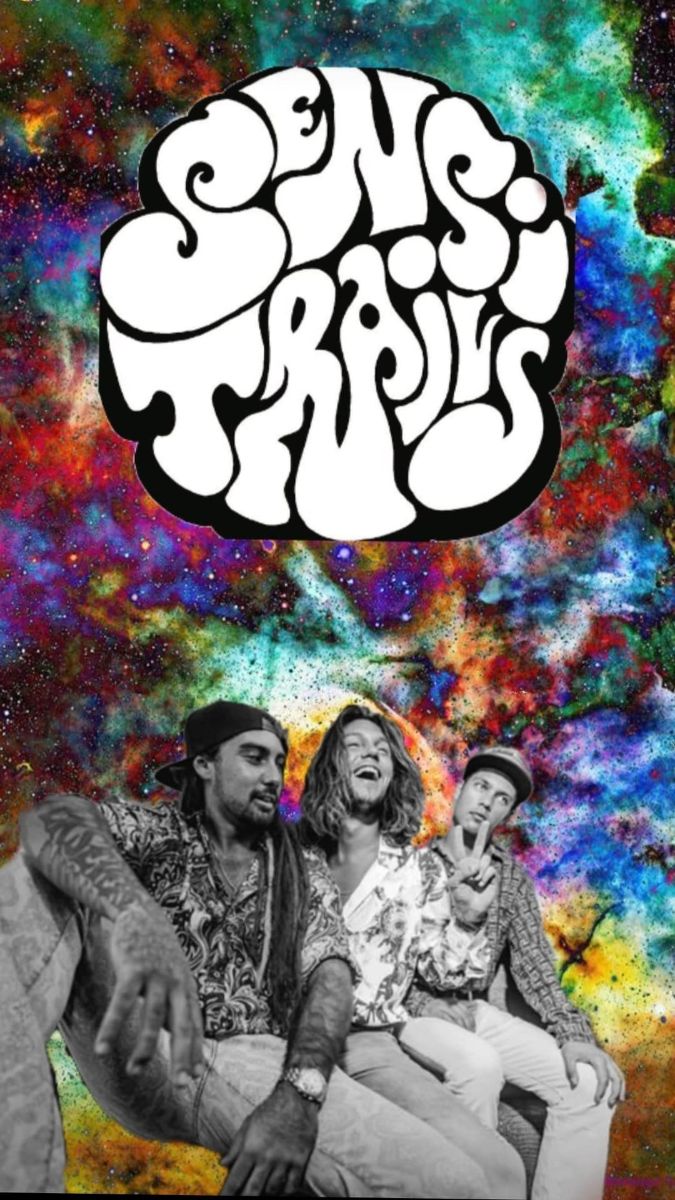 Additional Info
Sensi Trails at The Black Sheep
Limited capacity, seated event.
Masks required at all times unless seated with your party.

Kyle Rising - Guitarist/Lead Vocals
Growing up in Virginia, Kyle Rising loved to immerse himself in as many different styles of music as he could find. This prompted him to begin writing and playing songs of his own at a very young age.

In 2014, filled with music and inspiration, Kyle was playing his guitar on the beach while on a family vacation in Outerbanks, North Carolina. There he met E.N Young, who was on tour with Tribal Seeds. Little did he know that the chance meeting would grow into a future blessing.

After finishing a year at Radford University, Kyle decided to relocate to Outerbanks to pursue music with full focus and intention. Playing open mic nights, he began meeting like-minded musicians who were interested in starting a reggae band. Thus began his journey towards Sensi Trails.

Forming in 2016, Sensi Trails became an outlet for Kyle to express himself, while also paying homage to the bands who influenced him in his youth. These included Jack White, The Avett Brothers, Peoples Blues of Richmond, Stick Figure, and The Movement. The band recorded and released a 5 track EP showcasing songs such as Dirty Couch and New Romance.

By 2018, Kyle decided to move operations to San Diego, a mecca of sunshine and smooth sounds. Soon after, he reunited with E.N Young, and began recording new material for a full length album at Imperial Sound Studios. Finding sonic gold in the title track of the album, Just Livin' featuring Kbong of Stick Figure, Kyle began scouting the scene for new band members. That's when he found Jordan, who joined on drums, and Kaya on bass. Striving to take the songs to a new level, the group then added keyboardist Mike. Thus bringing together his dream, to breathe life into a new chapter of Sensi Trails

Kaya Hall - Bass/ Vocals
Living east of San Diego in Santee, California, Kaya was first drawn to music thanks to his father's record collection. Initially discovering what he thought were real life comic book characters in the band Kiss, he concluded that playing in a band was the ultimate way to realize his dreams.

His parents further influenced his taste by taking him to see a multitude of live concerts. It was at one of these shows that Kaya discovered reggae. Taking him to see Slightly Stoopid, he heard a completely new sound, and equally important, he felt a whole new energy in the crowd. Following this new energy led him to a reggae festival, where he felt his mind open to a different lifestyle and community of people.

Kaya began learning to play guitar, and was eventually able to deepen his study of music by taking classes in high school. After playing around in several rock bands, he formed the band Strictly Skunk, in which he plays guitar and sings lead vocals.

Inspired by bassists Marley D. Williams of Rebelution, and Victor Navarro of Tribal Seeds, Kaya played with the idea of playing bass in a West coast reggae band. It was in Bandmix, an online platform to connect musicians, that Kaya then came into contact with Kyle Rising. After the two met in person, it became clear that they both had a similar drive and determination to make music. The seemingly random connection became magic, and Kaya joined Sensi Trails. Coming from completely different places in life, it was their mutual passion for music that brought them together.

Jordan Starke - Drummer
Born in Colorado Springs, Jordan began drumming at the tender age of eleven; thanks to a Christmas gift of drum lessons from his Mother. Knowing that playing drums was what he wanted to do, he set his sights on California in the hopes of finding a future in music. In 2016, his opportunity came, and he drove his beat up Jeep for 16 hours to go live in Ocean Side with his brother.

Growing up, Jordan's musical tastes were rooted in rock band such as KoRn, Linkin Park, Deftones, and Incubus. Then at 16, after witnessing Mike Pinto on tour in Colorado Springs, he moved into rock-reggae with bands like Sublime.

Utilizing that inspiration, Jordan spent his first two years in San Diego playing, writing, and gigging with many different bands and styles. Cutting his teeth and honing his craft. But he began to grow frustrated as he watched so many projects fall apart before they were able to create any lasting success. It was at this time that Jordan came into contact with Kyle Rising. Via internet messages, Kyle explained to him that he had hopped in the tour van, and drove from Outerbanks, North Carolina to San Diego on a mission to rebuild the band Sensi Trails.

In August of 2018, Jordan auditioned as a drummer, and by September, he played his first show with Sensi Trails. Shortly thereafter, the band linked up with Kaya Hall, who was the frontman of popular local band Strictly Skunk. Kaya joined on bass, and keyboardist Mike Root stepped in soon after. Combining passion and drive, they continue to test the boundaries of music.